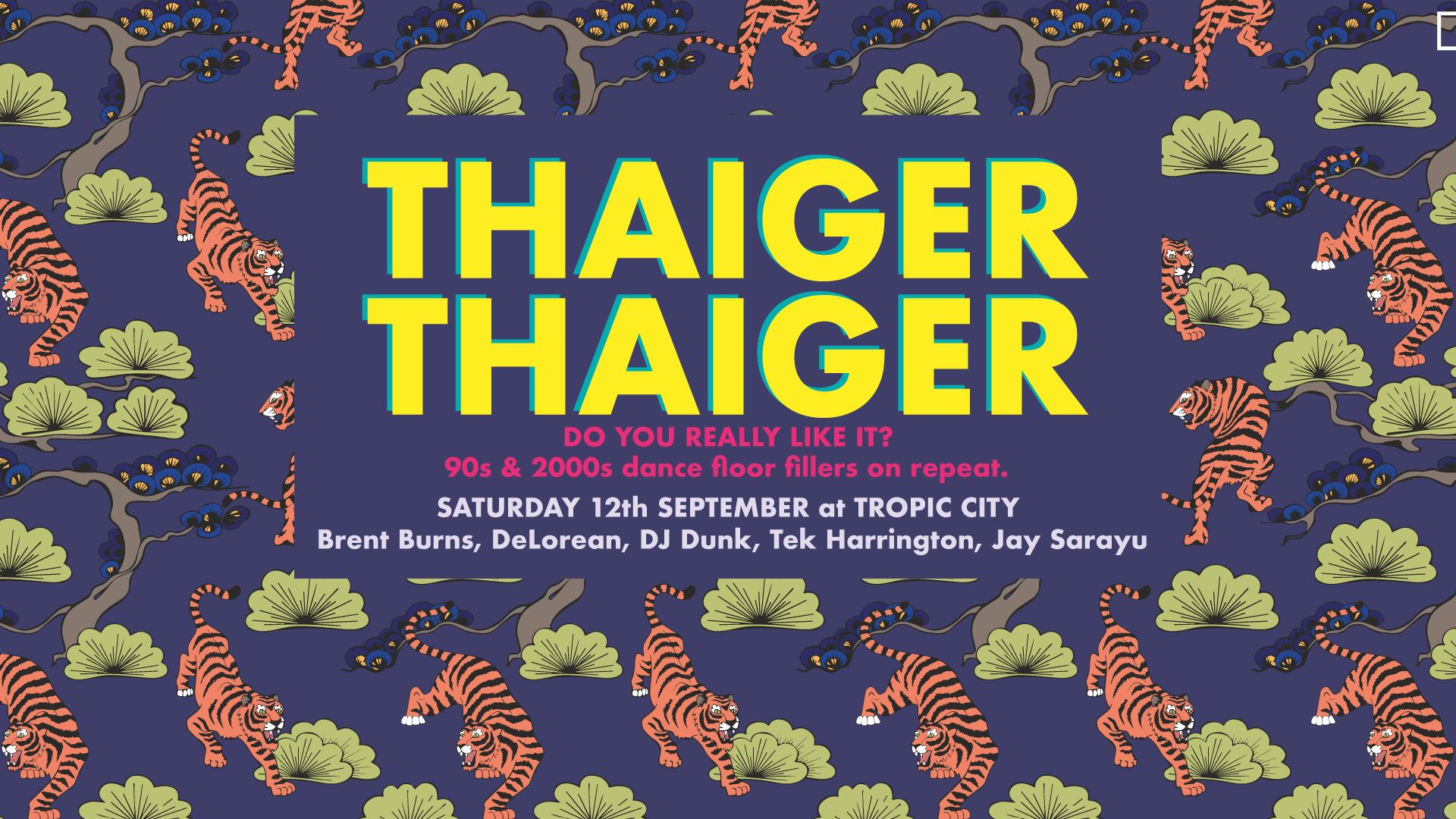 DO YOU REALLY LIKE IT, IS IT IS IT WICKED?
Saturday 12th September
9:30 pm – Very very late
Tropic City
FREE ENTRY
We’re going back to Thaiger Thaiger on Saturday 12th September. Expect club classics, massive anthems, Usher for the Wiggas, UK garage for the Punani, and Kevin and Perry go extra fucking large.
Clubbing Connoisseurs will always throw into conversation the heydays of clubbing in the 90s, but sometime in the late 90s and going into the 2000s, the same beard scratchers seem to conveniently neglect to mention the other side of dance culture: TIGER TIGER.
So, who remembers getting knocked back by bouncers with tribal tattoos? Having to wear shoes just to get in? Fingering some lass in the dark corner of a sweaty dancefloor? Necking a full bottle of CAVA right before you leave the house. Vodka Jelly shots and pink sambucas. Sporting five different haircuts all at once.
Who remembers finger-pointing dancing to DJ Luck and MC Neat. Sticking your knee in between the legs of some sweaty genitals as you both grind to Khia – My Neck, My Back, and going home with a pair of jeans badly in need of a wash. Putting your hands up to the ceiling and loudly asking the entire dancefloor OH TELL ME WHY DO WE BUILD CASTLES IN THE SKY.
Who remembers waiting in the queue in the depth of winter in your mini skirt and tube top.
And who remembers the VIP lounge being packed full of questionably aged patrons, even Prince Andrew himself would break a sweat.
We’ll have the VIP booth ready for you. There might be some pink sambucas.

FREE ENTRY AS ALWAYS but your music requests will be charged at a minimum of 100 baht per song request. All proceeds at the end of the night will be donated to the

for their continued effort in supporting and providing education for the kids in Bangkok’s Klong Toey slum.