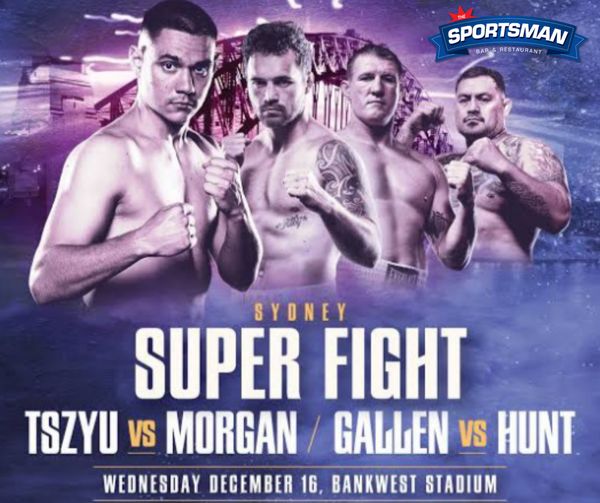 TSZYU vs. MORGAN SUPERFIGHT
WEDNESDAY, 16th DECEMBER, 3.00 pm
Tim Tszyu, Australia’s number one boxer returns to Sydney to fight the world rated Kiwi, Bowyn Morgan. NRL legend, Paul Gallen, will take on UFC heavyweight legend, Mark Hunt in a battle of the big men
Hunt, AKA the Super Samoan, is one of UFC’s biggest hitters. Known for his incredible power and accuracy, he has regularly knocked out opponents throughout his UFC, MMA & Pride Fighting career. Paul Gallen has not lost a bout in his 10-fight career with 9 wins and a controversial draw in his highly publicised fight against Barry Hall.
Catch all the action LIVE on the Big Screens at The Sportsman this Wednesday afternoon from 3.00 pm.
https://www.facebook.com/thesportsmanbkk